Home / General / What Tuppenceworth.ie is about 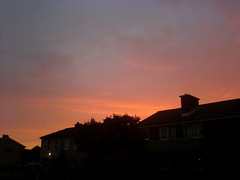 For some of you, Tuppenceworth is probably this blog- which is mostly myself and Fergal’s collected ruminations on matters of greater or lessor significance to ourselves.

That’s not really what tuppenceworth is. For over five years now, tuppenceworth has been a collective, gifted effort to created a place for people to tell their own stories.

Some of those stories have been funny, some heartbreaking. Some of them have been far from the mainstream and some of them have addressed that day’s headlines. But they’ve all had the advantage of being true. They’ve been written from the heart by someone who want to say something- not for money or for fame (tuppenceworth has never offered either of those) but because they wanted it said.

This week I’ve received essays from William Kincaid and Sarah Byam. I’ll be posting them here. They’re making sense of their lives by telling the tales of their own experiences.

Everyday life is the only thing most of us know. And I’m proud to have played a part in the creation of meaning, and sometimes art, from the everyday.