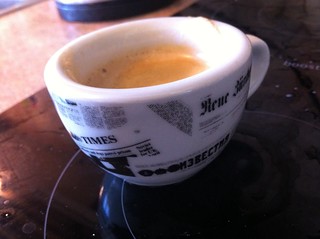 Why can’t you get your acts together? Wolves are howling outside your gates. The dead are being chucked out over the walls already. It’s getting tough to persuade talented youngsters that the castle is worth defending.

And what’s your response? Gibberish.
Seriously. You’ve stopped sounding like you’re talking to actual people- let alone the readers you say you understand.

Here are just two questions from a reader- a loyal reader, even if that sometimes means that I sometimes feel like the Loyal Opposition.

Do your journalists wander around looking for new people to hear from? Are they popping out for an hour or so, meeting their sources for coffee, cultivating them and learning from them at the same time?

Or are they working in a text-mill, banging out hundreds of words per hour like a typing pool? Do the same people keep popping up in quotation marks across the months and in every story because they’re the voices you used before and your journalists don’t know anyone else to ask for an opinion?
Because, in case you weren’t aware of it, readers can tell the difference. And we’d prefer fewer good words over lots of verbiage. And here in Ireland particularly, I’d prefer to hear from someone who knows their stuff more than from someone I’ve heard of before.

Have you ever gone back to a story, contacted the people involved and asked them what they thought of your coverage?
It seems like a simple thing to do. A quick, quality check. Because, if the people who understand a situation best consistently say they think your description of it was fair and accurate you can be pretty sure you’re doing something right.

On the other hand if the people who were in the middle of a story- the people who know the most and understand it best- consistently told you that they didn’t think that you’d done a good job in telling that story, wouldn’t that be useful information too?

And if they did tell you that your reporting was falling down would you listen?

Can you listen? Because if you can’t, eventually, readers will speak with their pockets. Wouldn’t it be better for both of us if you could hear us speaking to you before that final shout?