The Tuam Babies and the Irish Times’ ‘new info’

Accuracy and facts matter and had been ignored. We had new info and majored on that. We ran accompanying analysis of main issue
– Conor Goodman (@conorgoodman), Irish Times Features Editor,
https://twitter.com/conorgoodman/statuses/482839614915624960
June 28, 2014

Paragraph 6, which appears in bold below, appears to be the new information referred to by Mr. Goodman. It is, in fact, a conclusion drawn by the author which further historical research on the nature of the Tuam Mother and Baby sewage system has shown to be based on an incorrect premise.

2. “The information recorded on these State- issued certificates has been seen by The Irish Times; the children are marked as having died variously of tuberculosis, convulsions, measles, whooping cough, influenza, bronchitis and meningitis, among other illnesses.”

3. “On St Patrick’s Day this year Barry Sweeney was drinking in Brownes bar, on the Square in Tuam. He fell into conversation with someone who was familiar with Corless’s research, and who repeated the story of boys finding bones. “I told her that I was one of those boys,” Sweeney tells The Irish Times in his home, on the outskirts of Tuam. “I got a phonecall from Catherine a couple of weeks later.””

4. “In his kitchen, Sweeney demonstrates the size of this concrete flag as he recalls it: it’s an area a little bigger than his coffee table, about 120cm long and 60cm wide. He says he does not recall seeing any other similar flags in their many visits to the area.”

5. “Between them the boys levered up the slab. “There were skeletons thrown in there. They were all this way and that way. They weren’t wrapped in anything, and there were no coffins,” he says. “But there was no way there were 800 skeletons down that hole. Nothing like that number. I don’t know where the papers got that.” How many skeletons does he believe there were? “About 20.””

6. “Even if a number of children are indeed interred in what was once a sewage tank, horrific as that thought is, there cannot be 796 of them. The public water scheme came to Tuam in 1937. Between 1925, when the home opened, and 1937 the tank remained in use. During that period 204 children died at the home. Corless admits that it now seems impossible to her that more than 200 bodies could have been put in a working sewage tank.”

Note A: (These statements are the author’s own conclusions. See “Vaults under #Tuambabies site are part of sewage system” for an account based on the historical building records demonstrating the existence of a larger system of underground sewage works and spaces at the Tuam Mother and Baby home than was presumed by the author.)

Note B: (Catherine Corless’ daughter has posted specific response to this paragraph, amongst other issues with the article.

“This is false; my mother says she did not “admit” that anything in her findings was “impossible”; she was as consistent in her presentation to Rosita Boland as she was with any other interviewer.”

It’s worth noting that this very significant assertion by the author is not supported by a quote.)

7. “Corless has not been contacted by anyone from any State department, asking to have access to her research.” 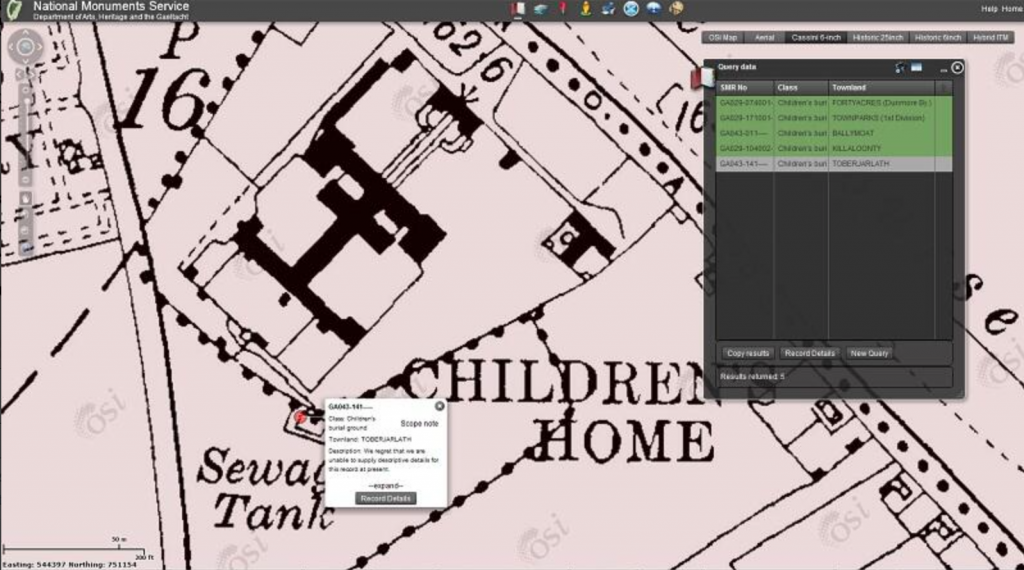