Home / General / What we can learn from the Pantigate scandal

What we can learn from the Pantigate scandal 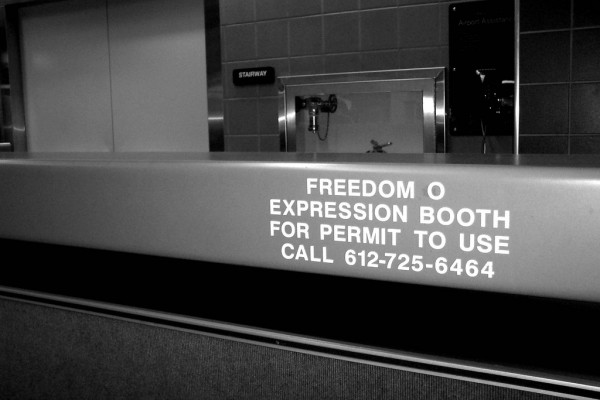 @cooper_m on the Last Word talked about how they decided not to play it for legal fears, and how he regrets it.

“In Ireland Only Straight People Are The Victims Of Homophobia”
– Dan Savage,

Paul Murphy MEP, speaking in the European Parliament debate on the EU Roadmap against homophobia and discrimination on grounds of sexual orientation and gender identity

Generally, in media-land, this would be where we would move on to the “Who is to blame” section. But actually, I think this is the wrong question. All the players here have played their part predictably within the roles they have been given or chosen. The problem is that the rules of the game need to be changed.

For me, the root of the problem lies in a well-meaning piece of legislation from 2009. Not the Defamation Act, which has been untested in this entire imbroglio. Rather the difficulties, and opportunities for improvement, lie with the Broadcasting Act 2009.

Every broadcaster shall ensure that “anything which may reasonably be regarded as causing harm or offence, or as being likely to promote, or incite to, crime or as tending to undermine the authority of the State, is not broadcast by the broadcaster,”

This section puts causing offence on the same level as undermining the authority of the State. But no society can ever improve itself, can ever acknowledge what is wrong and address how to make things better, if we can only say things that cause nobody any offence.

Effectively, by outlawing the giving of offence Section 39(1)(d) is a ban on open discussion on our airwaves, making the broadcasting complaints process a happy hunting ground for people who don’t want to be disturbed in their cosy beliefs.

To give RTE its due, its own internal guidance documents attempt to address this tension. It highlights a range of things which might be expected to give offence but it asserts that, for example

“The denigration of religious beliefs and the mockery of faith are not permitted. It is however, acceptable to examine critically religious beliefs, institutions and experiences in factual programmes, dramas and other genres of output.”

However, the requirement not to broadcast anything which causes offence leads to a situation where RTE is required, even in its own statement on respecting diversity to tie itself in knots:

“As Ireland evolves into a more multicultural and ethnically diverse nation it is important that RTÉ reflects these changes. But equally programme-makers must be sensitive to areas of public opinion that are absent from public discourse because of the reticence of some people to express their views”

Which seems to suggest that RTE has to be sensitive to the views of people whose views are so socially unacceptable that they are reluctant to admit to holding them.

Excising the words “or offence” from Section 39(1)(d) of the Broadcasting Act 2009 would be a minor legislative change but it would allow a revolution in the development of a really free media in Ireland.

UPDATE: This post has turned out to be one that people still visit to find out about RTE’s duties arising from the Broadcasting Act. After it was published, Stephen Donnelly TD brought a Bill before the Dåil to make exactly the amendment I propose above to the Broadcasting Acts. You can read about that here and see the video of the Dåil debate proceedings there too. It was voted down by the Government, with Pat Rabbitte refusing to engage with its arguments and instead complaining the law was too short to be serious.