Ireland is a sentimental society. We want all our fights to end with a hug. This is so even – especially – when the dispute is unresolved. Fudge it, say that both sides want the same thing but simply disagree on the means, and move on. Irreconcilable differences are hard work, and spoil the warm glow provided by the sentimental narrative of closure. Bury them, make a speech, and put a plaque on top. 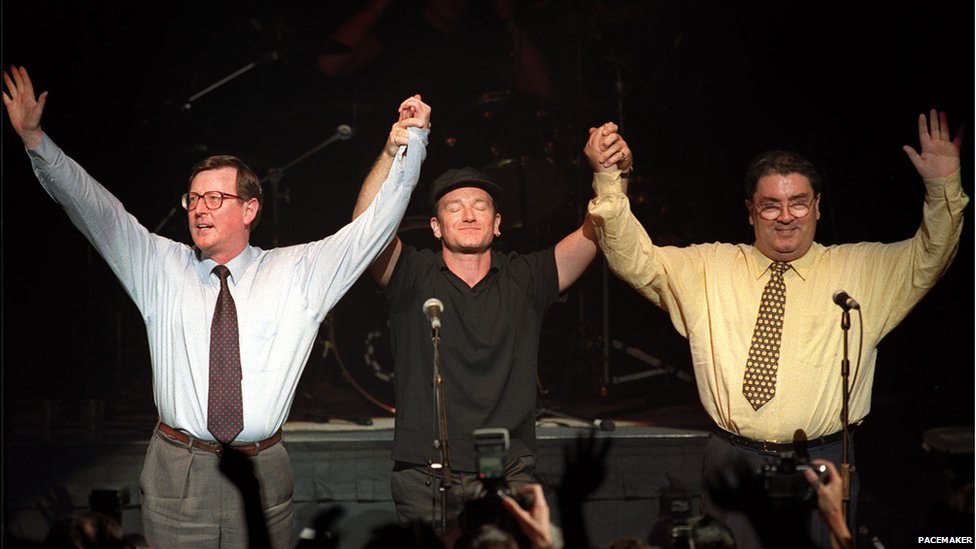 Look at Northern Ireland, a dispute not so much resolved as put to one side. As Jason Walsh has perceptively written, it is “suspended in amber” and fought now on a cultural level (flags, language grants, “parity of esteem”) rather than a paramilitary one. Now think of the odd triumphalism of the early days of the Peace process. TV ads showed montages of some of the things Ulster can agree on (The Giant’s Causeway, George Best) set to the music of Brian Kennedy or Van Morrison. Tommie Gorman breathlessly reported for RTE on the joint doings of Ian Paisley and Martin McGuinness, each one, he almost tearfully confided, “historic” and “unprecedented”. Bono, on stage in Belfast, held aloft on one side the hand of David Trimble, on the other that of John Hume. Bono, incidentally, is us at our sentimental worst, and we know it, that’s why he makes us wince so.

Look at the planned 1916 commemoration, the weird need to invite one of the British Royal Family along. To simply move on with our life as a nation having made some sort of peace with our colonial past would never be enough for us. We need to enfold Britain into our arms, the better to marvel, like Tommie Gorman “Who’d have thought, just a few short years ago?”. The British are far too polite to roll their eyes at the carrying-on of the sentimental Irish, at least not while we’re looking.

Sooner or later, Fianna Fáil too will be reintegrated into the family, amid assurances that we have all grown as people since our falling out. Though it will take longer, our tortured relationship with the Church will end the same way, I am sure of it.

Some years ago, a man named Michael O’Brian made a passionate, eloquent and upsetting contribution to RTE’s Questions & Answers following the release of the Ryan Report into child abuse. He was upset and angry, because years later, he was still having nightmares, and yet nothing seemed to have been done to bring the people who raped him (he did not hide behind euphemism) to justice.

When RTE finally cancelled Questions & Answers, I wrote the following:

Last night, having run various greatest hits and dissected them in studio, Q & A replayed Mr. O’Brien’s short speech. They went to the panel for reaction. The talking heads spoke of it as a powerful moment of television. One described where she was when she saw it. I cannot tell you how nauseated I was by this treatment. This poor man’s cry of hurt and anger was being turned into a TV moment. It was being treated like Ray Houghton’s goal against England in 1988.

The notional conversation was having its revenge. When real people intervene in the notional conversation, they need very quickly to be made less real, to be turned into a media talking point. Susie Long has had her name degraded by being constantly used as a catchphrase. Mr. O’Brien, who has surely suffered enough, is going through the same process.

This is how sentimentalism works. It is relentlesly anecdotal. It overlooks the need to address a problem or right a wrong and wallows instead in its own feelings. It enjoys being moved by things, but rarely lifts a finger to help.

Last year the Sisters of Mercy donated the site of a former Magdalene Laundry on Forster St. Galway to a new women’s refuge. In only one sense – that it’s about time the nuns made some kind of financial recompense – can this be said to be fitting. In terms of sheer symbolism, housing a women’s refuge in a Magdalene Laundry is not ideal, but on the other hand COPE, the charity running the refuge were grateful for the donation. But this is Ireland, and our keen eye for closure will not allow such moments to pass without noting their significance. A local TD commented:

“Developing the refuge on this site is a recognition of the tragic history of the Magdalene Laundries, using this premises instead for the liberation of women fleeing terrible domestic violence”

It is also perfectly fitted to the fundamentally conservative view that there is nothing of our past, be it a a Magdalene Laundry or a former imperial master, that cannot be easily converted to modern purposes. 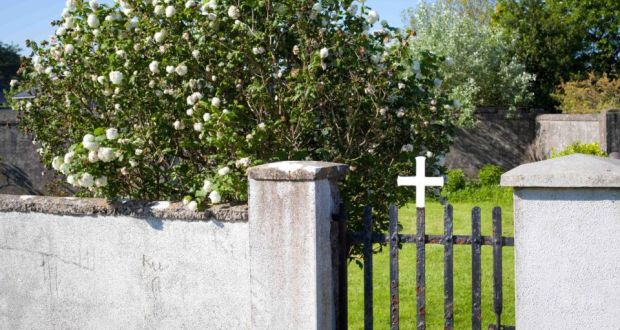 Archbishop Diarmuid Martin’s suggestion that the appropriate response to finding 800 dead babies in a mass grave in Tuam is an inquiry “or social history project” indicates that he too favours a therapeutic response over the colder, more clinical business of justice and compensation.

“I suppose we can’t really judge the past from our point of view, from our lens. All we can do (emphasis mine) is mark it appropriately and make sure there is a suitable place here where people can come and remember the babies that died.”

There will be a plaque, perhaps a garden where one can reflect on the past and contemplate how time – and only time, it seems – heals all wounds. These are the kind of “healing moments” that Ireland favours, cultural rather than legal or administrative. You need to enjoy poetic justice in this country, because it is very often the only kind you’ll get.