Home / Irish Politics / Your Country Your Call: Is it Bigger than a Breadbox?

Your Country Your Call: Is it Bigger than a Breadbox? 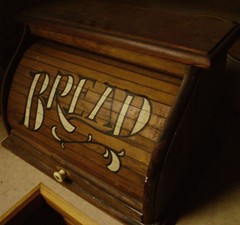 In the unlikely event that I wanted to run a national competition offering a cash prize of mysterious origin in exchange for total ownership of an idea of such staggering- almost mystical- potency that it could restore a nation of modern-day serfs to spectacular success, I think I’d have to go into it without a preconception of what that idea would look like.

After all, I’m looking for a ‘game changer‘ to alter society . How could I know what that is? Almost by definition, I don’t have a precedent. Perhaps the steam engine? Calculus? Gunpowder? The mathematical concept of Zero? Monotheism? The Novel?

Who can know what shape such a wonderous notion might take?

Apparently, the Your Country Your Call people know with surprising detail:

“we are assuming that a winning entry will generally be such that it would not involve serious IP issue” – on eire.com

YCYC is not looking to find and reward an invention or a specific business idea… YCYC is looking to identify an area of identifiable potential to either create something that hasn’t previously existed or to turn something that exists but is not being exploited into something that could create prosperity and jobs at an entirely different level from what currently exists… it is less likely in our view that there will be much IP in such a broad concept – On tuppenceworth.ie

To be absolutely clear, this competition is not about identifying specific business proposals which might result in the development of one product, or growing only one company’s work force. It is looking for something that is still at the concept stage and needs to be worked up. Winning proposals will describe a significant preparatory process which could require legislative, administrative or procedural change before implementation can be effected.- On obriend.info

YCYC is “not [looking for] a business… [but] an industry” – On obriend.info

Take it that we have no desire to limit the possibilities and neither are we in any way seeking to cod anyone.- On tuppenceworth.ie

So there you have it. All you need to do is come up with an entire new industry- which is not a business or business idea, doesn’t create jobs for any particular company, isn’t an invention- as that would involve a lot of Intellectual Property (IP)- is entirely new or is old but not being used an will require laws, custom and/or practice to be changed if it is to work. Oh, and it then has to save Ireland.