Home / General / Your Country, Your Call: Adventures Through The Looking-Glass

Your Country, Your Call: Adventures Through The Looking-Glass 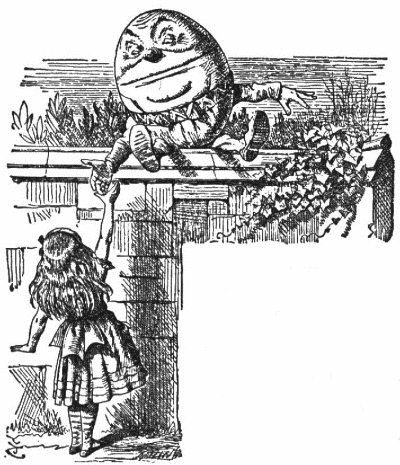 Through the Looking Glass, Chapter 6

The winners have been announced. Congrats to them both.

But perhaps even greater congratulations are due to Gavin Reilly, who managed to finally winkle answers from both the Your Country, Your Call competition (YCYC) organisers and the Department of Enterprise, Trade and Innovation in his story for TheJournal.ie.

Regular readers will recall the strangely tortured tale of the public money due to pass from the Department to YCYC. In February of this year, Dr Laurance Crowley (former Bank of Ireland Governor and current director of An Smaoineamh Mor Ltd, which runs YCYC), told the Irish Times:

the Government was fully behind the project and had provided “a small amount of money”, as well as providing an open door to the State agencies.

By April we had learned that “small amount of money” was, in fact, €300,000. We had also learned that it hadn’t actually been provided at all, despite Dr. Crowley’s slightly loose use of words.

My short exchange with Prof. VonProndzynski of the YCYC steering group shed some additional light on the nature of the commitment of public funds to An Smaoineamh Mor Ltd

“Von Prondzynski: My understanding is that money was authorised by the government and I can’t really say more than that because I’m not knowledgeable about anything in further detail about that. But the government indicated to the promoters of the competition that €300,000 would be available. And that’s really the state of play as I’m aware of it.

Simon: And that was prior to the Minister saying that wasn’t decided?

Von Prondzynski: Yes, that was prior to that.”

Poor old An Smaoineamh Mor Ltd. They got a promise from the government (presumably Mary Coughlan, the Minister for Enterprise at the time) which they accepted at face value. The problem is public money isn’t like an cash in a sock. The Minister in a department can’t just spend it on a whim. It doesn’t belong to the Minister. It belongs to us.

“It’s too late to correct it,” said the Red Queen: “when you’ve once said a thing, that fixes it, and you must take the consequences.”

Through the Looking Glass, Chapter 9

On the Thursday before the prizegiving I asked the Department “under what statutory provision such a payment would be made.” Their reply had the merit of brevity;

We have no response to make at this time.

But by that Friday, in the face of The Journal’s questions they had managed find more words to say not quite the same thing.

the Department said it was “examining a suitable mechanism to make the payment, and we are working through a number of other related issues. We hope to be in a position to have these issues resolved very shortly.”

Or, in other words, they want to gift €300,000 of public funds to a private company. They just have a few, eh, issues to resolve first.

It does raise the question if a there has been a new Ministerial Decision made since Mary Coughlan gave her answer to Ciaran Lynch’s Parliamentary Question.

“Make a remark,” said the Red Queen: “It’s ridiculous to leave all conversation to the pudding!”

Through the Looking Glass, Chapter 9

Finally, there is the unanswered question of what this money is for. Padraig McKeon, in The Journal’s story suggests that the nature and intent of the YCYC competition has been substantially altered from that outlined to the public until Friday.

ASM “has not determined what it will do” with the remaining funding of approximately €600,000, he added, explaining that it would likely be given either to the two winning ideas to further implement their ideas, or put towards the implementation of other ideas submitted to the contest.

Compare this to the self-description of their Implementation Phase, taken from their own website

Implementation will commence before the end of the year 2010. Winning proposals may require legislative, administrative or procedural change before implementation can be effected. This will be part of the task of the implementation phase of the competition.
The Promoters of the competition will have the services of a pro-bono professional advisory group, including representatives from key government departments, and up to €1 million of a development fund to implement the two winning proposals i.e. €500,000 each.

Possibly in the face of the examination of their status by the Standards in Public Office Commission the original model for the competition appears to have been abandoned. There is no longer to be a Phase 2. Without it, the company already has a surplus of funds. It does not have any use for the planned €300,000.

It was wrong of the Government to agree to pay out public funds to a private company when it was intended to finance lobbying. It is impossible that they should pay now that the recipients don’t even know what they’d do with it.